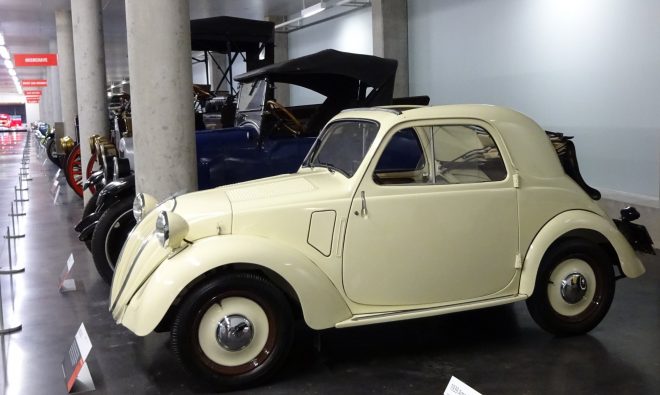 Next time you’re driving south on I-5, approaching the Tacoma Dome, glance to your right and there you’ll find the LeMay-America’s Car Museum — a collection of 255 vehicles billed as the largest automotive museum in North America. It’s well worth the visit.

Vintage cars are often parked outdoors on the front plaza and inside, there are four floors and 12 galleries to explore. It’s a popular place. Last year there were nearly 137,000 visitors.

One of my favorite cars on display is the 1937 Fiat 500 Topolino, or “Little Mouse,” so called because its front end resembled another famous little mouse of the day—Mickey Mouse. The diminutive car, brimming with personality, had a top speed of 53 mph, not much faster than a professional cyclist.

One of the most popular mass-produced small cars of its era, it starred in many films including the 1953 classic “Roman Holiday,” a fairy-tale romance between a runaway princess, played by Audrey Hepburn, and a street-smart American reporter, played by Gregory Peck. Watching the 6-foot 3-inch actor trying to maneuver his lanky limbs out of the Topolino’s tiny backseat is worth seeing the film a second time!