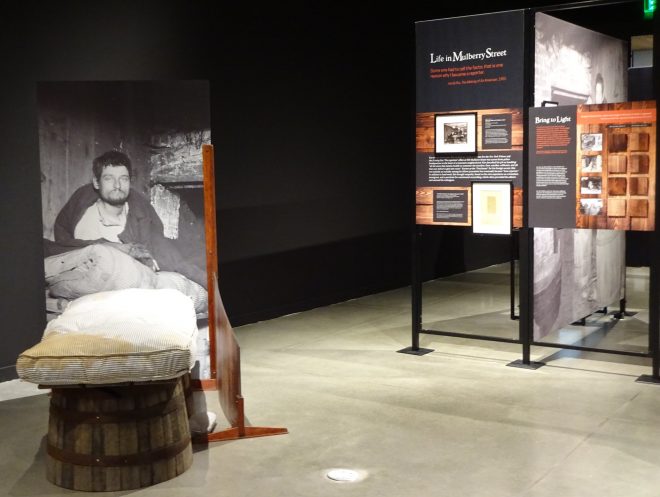 Jacob Riis was a journalist, photographer and social reformer who began as a police reporter in New York City in the late 1800s. An immigrant himself, this Danish-American reported on the plight of thousands of immigrants living in the slums and tenements of New York — Italians, Irish, Germans and Chinese, among others.

Riis was ahead of his time, particularly in his use of photography, and coupled with his gifted storytelling and public presentations, he helped set in motion some long-lasting social reforms. His book, “How the Other Half Lives,” continues as one of the most influential books in American literature, still in print 130 years later.

A fascinating exhibit showcasing the photos, personal correspondence and handwritten journals of Jacob Riis is on view at the National Nordic Museum in Seattle through March 16. The historic exhibit is juxtaposed with a look at modern immigrants from Africa, photographed in Sicily, as they try to gain a foothold in Europe on their way to a better life.