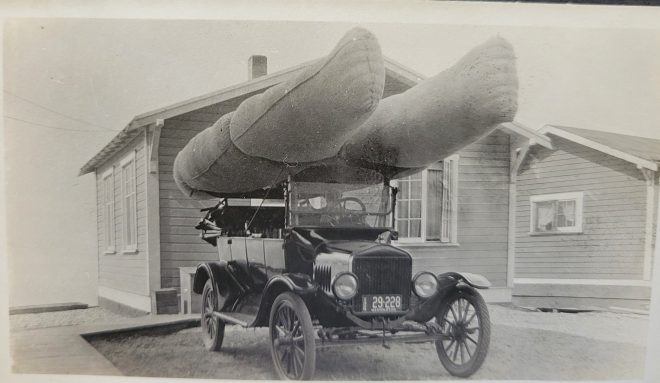 A Willits canoe, considered one of the finest canoes ever made, was the life work of the Willits brothers, Earl and Floyd.

Born in the Midwest, they arrived in Puget Sound at the beginning of the twentieth century and began designing and building canoes while still in high school. They started the Willits Brothers Canoe Company on the Tacoma Narrows in 1914, moving in 1921 to nearby Day Island.

Methodical and meticulous, like the finest wine or the most precise timepiece, a Willits canoe was never rushed, its materials and artisanship were never compromised. The brothers built only one model, the 17-foot Artondale, each vessel shaped, cut and pieced together by hand.

By the 1920s, there was a seven-year waiting list for a Willits canoe but the brothers refused to hurry their process or expand their company.  In nearly 60 years, only 964 canoes were ever built.  When the brothers died within five years of each other, so too did the production of Willits canoes. Today, they remain highly collectible.

Read more about these talented yet eccentric brothers in a feature story written for HistoryLink here.