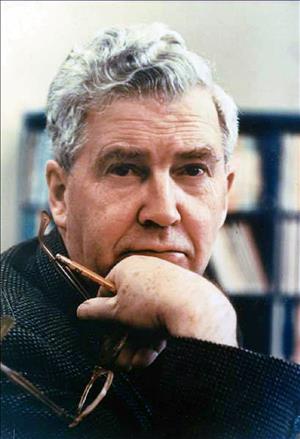 Giovanni Costigan may have died more than 30 years ago but his passion and personal courage are timeless. A history professor and author, peace activist and humanist, Costigan taught at the University of Washington for 41 years, then remained on the staff there as professor emeritus for another 15.

A native of England whose parents were Irish, Costigan arrived in the U.S. in the late 1920s. When he accepted an assistant professorship at the UW in 1934, it came with a modest salary of $2,278 — with an additional $35 for travel expenses. An incredibly popular speaker, his history classes were nearly impossible to get into. Long-time newspaper columnist Jean Godden, a UW student many years ago, remembers trying to sign up for one of his Irish history classes: “Fat chance. There were 300 on the waiting list.”

In 1971, Costigan took on conservative author William F. Buckley in a debate on foreign policy. It’s hard to imagine today but the arena was jam-packed with some 10,000 people, and the lively, at times acerbic, debate was the topic of conversation for months.  Read more about Costigan in my recent story for HistoryLink where you can also view a 30-minute clip of the historic debate.