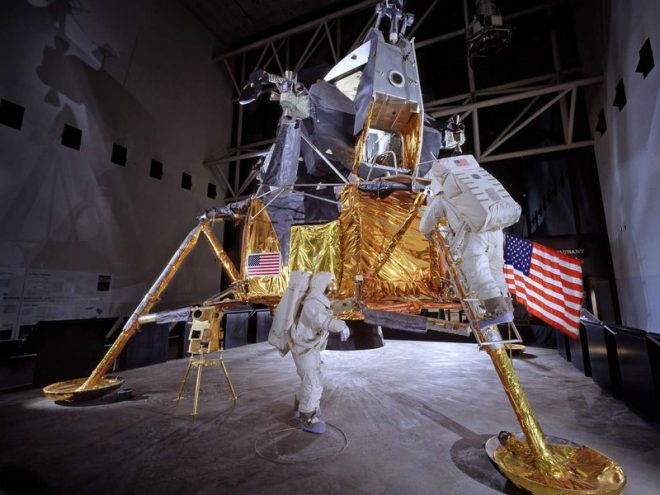 It was a shock to read the news last week that Michael Collins, Apollo 11 astronaut, had died. Mike was the uber-boss at my first real job in Washington, D.C., when I was director of communications at the Smithsonian’s National Air and Space Museum. Mike was the museum’s first director and later became undersecretary of the Smithsonian Institution. Despite his fame, he was an unassuming, polite and gentle man.

I worked with Mike, Buzz Aldrin and Neil Armstrong on several occasions when the Smithsonian teamed up with NASA to stage press conferences and public ceremonies marking the anniversary of the first landing on the moon.

Planning for these events began about 18 months in advance. On the moon landing day — July 20 — I’d show up for work at 4 a.m. to greet all three morning shows (TODAY, Good Morning America and CBS This Morning). The crews were on hand to set up for live broadcasts that would run between 7-9 a.m. Each show host would take his or her turn, greeting the astronauts, asking the questions, one show after the other. We were all in awe.

The press conference with reporters and camera crews from around the world followed at 9 a.m. in front of the Lunar Module exhibit; see photo above. The astronauts were consummate pros, quick-on-the-draw with the witty responses. You could tell they had done this a few times!

The rest of my day would be taken up by requests for media interviews, capped off with a late-night Lunar Landing Party. The day ended with the public screening of the moonwalk footage played in “real-time” at 10:56 p.m. About 3,000 people would gather around small monitors to cheer that first step onto the lunar surface, as if it were happening again.

All this came back to me April 28 when I read about Mike Collins. It felt like the passing of an era.