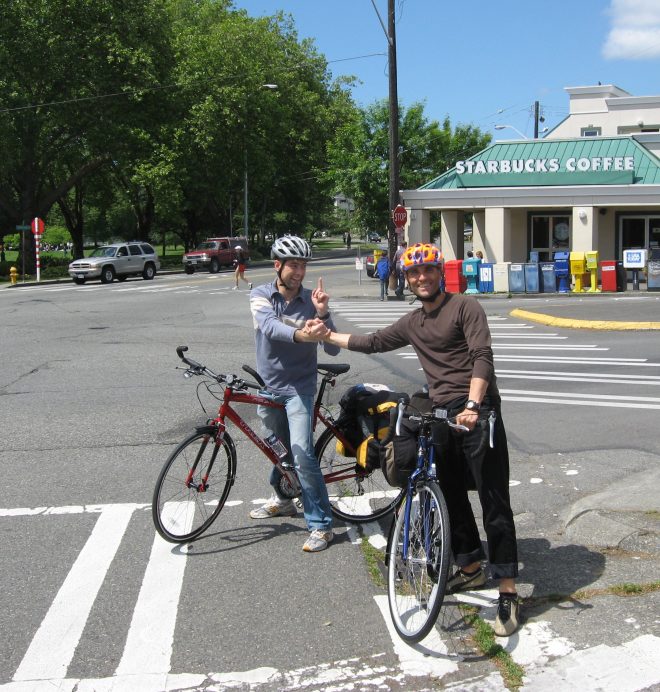 Cycling and Seattle go hand-in-hand. The inaugural 12.1 miles of the Burke-Gilman Trail were dedicated in 1978, but the history of cycling in Washington goes back 100 years before that.

The first bicycle arrived in Washington Territory in 1879 where it was prominently displayed in a stationery and bookstore window in Pioneer Square. As new design features such a pneumatic tires were developed, bikes became safer, more accessible, and enjoyed by all ages and abilities. By the late 1890s, Seattle was certifiably bike crazy. Both men and women embraced this new mode of transportation, and bikes took center-stage in songs, newspaper articles and 4th of July parades.

Some people, like Seattle teenager James E. Casey, recognized a business potential. In 1907, Casey and his friend Claude Ryan started the American Messenger Company using bikes to deliver letters and packages. In 1919, the business expanded to California and was renamed United Parcel Service.

As the automobile became the preferred mode of transportation, bicycling took a nose dive, but thanks to groups like the Cascade Bicycle Club, urban cycling got its second wind in the 1970s.  If you want to learn more about the history of cycling in Washington state, read my feature on HistoryLink.