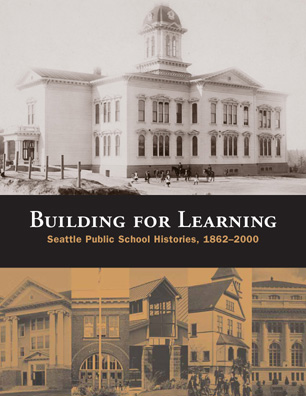 Since December 2022, I’ve been working with a team of four other writers to update and document the history of all 125 or so public schools that are part of the Seattle School District. Some of these schools go back to the 1880s; others were recently built to accommodate changing demographics, redistricting, or resident needs.

One of the most interesting histories for me was learning more about the Children’s Orthopedic Hospital School on Queen Anne, founded in 1907.  Instruction at the hospital school was almost entirely one-on-one. The teacher would go up and down the three floors incessantly, visiting students recovering in its various wards.

In 1924, the school awarded its first eighth-grade certificate to a young girl who had been a patient in the hospital for six years. When the school finally closed in 1953, it was used by several other county offices, including a morgue. It was subsequently sold and has been a retirement home since the 1980s.